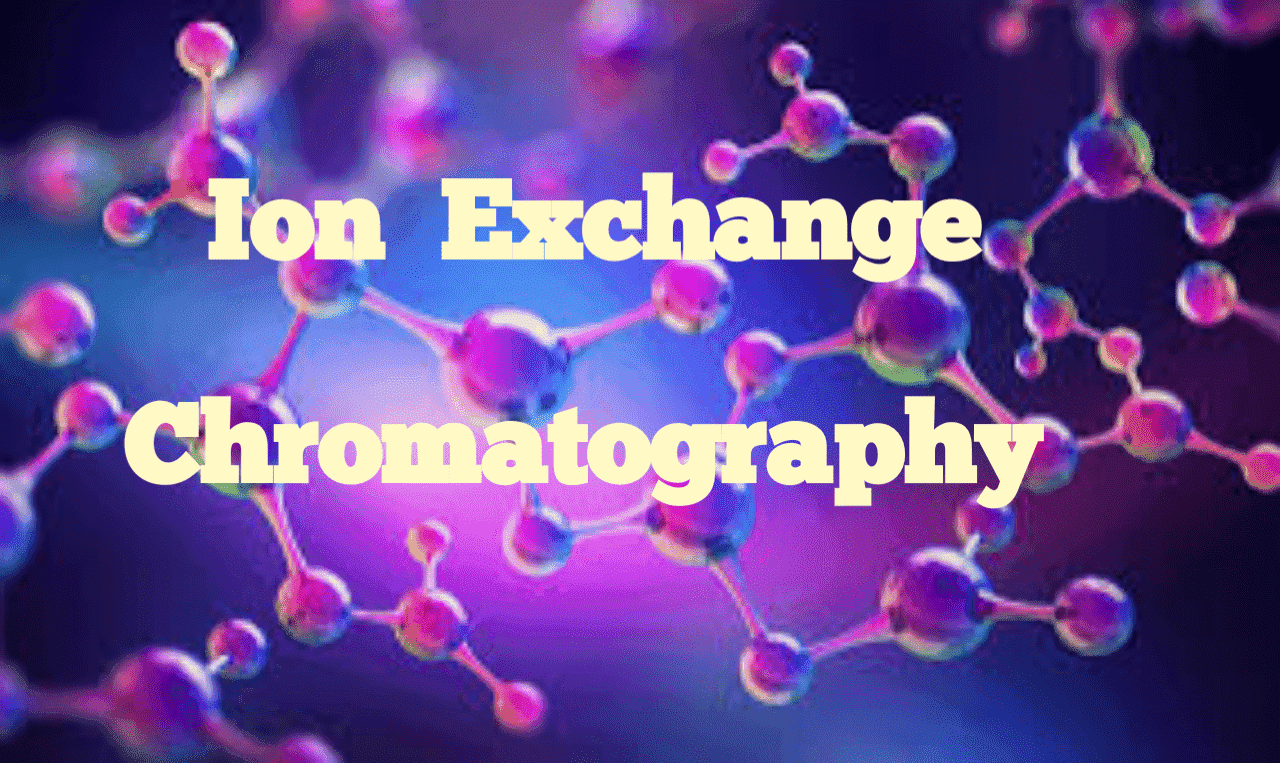 Classification of Ion Exchange Chromatography based on functional groups

The ion exchange resin which is a solid material act as a stationary phase. The ion exchanger can be for cations and anions of the solution. It can be natural or synthetic in origin.

On the basis of active functional groups present, ion-exchangers are classified under two categories :

(1) CationExchangers:-A cation exchanger resin may be defined as a high molecular weight, cross-linked polymer containing sulphonic (-SO3H), carboxylic (-COOH), or phenolic (-OH) groups, as an integral part of the resin and an equivalent amount of cations. A cation exchanger consists of a polymeric anion (R-) and active cations. In these resins, the H+ ions are mobile and exchangeable with other cations. The anions (-COO-, SO3–, O– ) remain attached to the resin network. When such a resin is placed in a solution of salt, some of the H+ions of the resin enter the solution and an equivalent quantity of the cations of salt get attached to the resin. The simplified reaction may be represented as

The resin containing sodium ions can exchange these ions with other cations. The reaction with Ca2+ ions may be represented as,

An anion exchange resin is a polymer containing amino or quaternary ammonium groups (-N+ R3 group). They contain the equivalent amount of anions generally Cl–, OH–, SO42- etc. These anions are mobile and exchangeable. The anion exchange behavior of these materials may be represented as :

Ion exchange capacity is defined as the milli-equivalents of H+ ions that are exchanged from the surface of one gm of dry resin.

Take W gms of dry resins. Now it is taken in a long glass tube which acts as the column on passing NaCl Soln. through it. The solution coming out is HCl

Let the volume of HCl collected be V ml.

Take some definite volume of this acid solution and titrate it against NaOH Soln. by using a suitable indicator. From this titration capacity of the cation exchanger is calculated as follows:-

These many milliequivalents will be present in W gms of the resin.

Hence, the capacity of the resin column is:-

The capacity of determination of anion exchanger in Ion exchange chromatography

Take W gms of dry resins. Now it is taken in a long glass tube which acts as a column on passing Na2SO4 Solution through it. The solution coming out is of Cl– ions.

The released chloride ions can then be estimated by titration with a standard solution of silver nitrate.

The capacity of the resin is then calculated as follows:-

The weight of the resin in W gm,

Requirements or properties of Ion-Exchange resin

The best resins must satisfy the following conditions:-

The ability of the resin to separate the ions involved i.e. selectivity depends upon a number of factors such as :

The affinity of resin towards ions is greatly influenced by the nature of the resin. This requires consideration of the nature of the functional group (weak or strong), degree of cross-linking, etc. The degree of cross-linking decides porosity, while the size of resin decides permeability. It affects the flow of solvent through the column. Porosity controls the total or partial exclusion of larger ions. The acid or base strength of resin is also an important factor.

Selectivity of resin depends upon the nature of exchanging ions as follows:-

(a) At low concentration and at ordinary temperature the extent of exchange   increases with increasing valency of the exchanging ion i.e.

(b) Under similar conditions and constant valence for univalent ions, the extent of exchange increases with an increase in the size of the hydrated cation.

Amongst the doubly charged cations, the capacity increases in the order

(c) With strongly basic anion exchange resin, the extent of exchange for univalent anion varies with the size of hydrated ion in a similar manner to that indicated in cations.

(d) When a cation in solution is being exchanged for an ion of different valency, the relative affinity of the ion having higher valency increases in direct proportion to the dilution. Thus, the exchange will be favored by high dilutions if the lower valent ion is present in the exchanger and the higher valent is in the solution and vice versa.

The extent of exchange is also affected by complex formation. By forming suitable complexes it is possible to change the tendency of a particular metal ion to remain on the exchange column. As the tendency of unhydrated ions to form complex increases, their ability to remain on resin decreases. Complex formation can even alter the charge carried by ions, making separation possible. For E.g. Zn2+ and Mg2+ can be separated on column using 6M HCl which forms complex [ZnCl4]2+.

The affinity of resin towards ions depends upon the PH of the solution. This is especially important when the resin is weakly acidic or weakly basic. Weakly acidic resins containing (-COOH or –OH) groups bind protons more strongly than other ions. Consequently, their ion-exchange capacity increases with an increase in pH

Following are the applications of Ion Exchange Chromatography

ii) Preparation of de-ionized, demineralized, or conductivity water:- The water which contains only H+ ions as cation and OH- ions as anions are known as conductivity water or demineralized water. It is obtained by passing tap water over-acidic cationic exchanger. So that H+ ions of resins will be exchanged with the cation of water.

The above water with H+ions is then passed through an anionic exchanger, where anions as impurities of water (x) are exchanged with OH‑ions of resin.

This water will be free from all the impurities and possess only H+and OH– ions. So it is known as conductivity water.

iii)  Traces amount of substance can be isolated or the concentration of the metal ion can be increased by passing repeatedly of Soln. of metal ion over the resin. The traces of the solute present in the solution will be retained on the surface of the resin. This retained solute can be eluted out with a little volume of solvent.

iv)  The phenomenon is used in inorganic qualitative analysis.

v) The separation of Cl–, Br‑, I‑ ions can be done by means of this chromatography by using 0.5 N NaNO3 as an eluting agent. Cl‑ ion is first eluted out then Br – ions & finally I– ions.

We prepare an exact normal solution of either NaCl or KCl. This solution is then passed over the resin which H+ion or OH– ions form. The solution thus obtained from the column will be standard acid or standard base.

By controlling PH it is possible to separate the mixture of amino acids.

viii) Separation of uranium from Th, Zr, and other interfering ions can be done by ion-exchange chromatography.

When the mixture of the lanthanides is passed through suitable resin, the lanthanides retain on the surface of the resin. Then passing the ammonium citrate, we can elute them out.

What is Ion exchange chromatography?

Chromatography is a separation technique whereby the components of a mixture may be separated by allowing the sample or analyte to pass over the material called a stationary phase by a moving phase called a mobile phase.  If the individual components of the mixture move at different rates then the separation will occur and the degree of separation the difference in migration. example – ion exchange chromatography.

Gas chromatography is an instrumental technique used for the separation of a mixture of components.

What is High-performance liquid chromatography or HPLC?