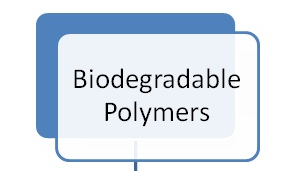 What are polymers and how they corelates with Biodegradable polymers?

The small unit of which polymer is made is known as a monomer.

The reaction by which monomers combine to form a polymer is known as polymerization.

(I) On the basis of monomers presents:-

A polymer formed from only one type of monomer ( identical repeating unit )  is called a homopolymer.

e.g. i) Polyethene is a homopolymer formed from ethene.

A  polymer formed from two or more different monomers is called Co-polymer are mixed polymer.

(II) On the basis of thermal Response:-

This polymer softens on heating and can be converted into any shape that it can retain on cooling.

b) Thermosetting polymer:- This polymer undergoes irreversible change on heating and becomes hard.

(III) On the basis of the mode of formation:-

These are polymers in which the repeating unit of the polymer has the same composition as that of the original monomer.

These are formed without the loss of any small units like HCl, H2O, NH3, etc.

The polymers formed by a type of reaction in which the monomer reacts by the elimination of water, ammonia, or carbon dioxide are called condensation polymers.

E.g. polymerization during the formation of Nylon.

(IV) On the basis of the backbone chain:-

The atoms attached to these carbon atoms are usually hydrogen, oxygen, and nitrogen.

A polymer that does not contain a backbone chain of carbon atoms is called an inorganic polymer.

(V) On the basis of their origin:-

Polymers that can be isolated from natural material are referred to as Natural polymers.

These are chemically modified natural polymers.

(VI) On the basis of Application and physical properties:-

It possesses a very high degree of elasticity.

When stretched, they get deformed but regain their original form when the stretching force is removed.

These polymers are usually much stronger than elastomers.

Some of them are hard, rigid, stiff, and dimensionally stable, while others may be soft and flexible.

This polymer can be drawn into filament-like materials, whose length is at least 80 to 100 times its diameter.

They are co-polymer which are soft transparent beads.

They decompose on heating.

For eg. Styrene divinylbenzene copolymer can be converted into cation and anion exchange resin which are used in water treatment and ion-exchange chromatography, laminating, and surface coating.

The reaction by which monomers combine to form a polymer is known as polymerization.

There are two important polymerization processes:-

The polymerization which involves a combination of a large number of monomers without the elimination of any product is called an addition reaction.

The empirical formula of the polymer is the same as that of monomers.

Depending upon the reactive species which take part in the reaction, addition polymerization can be subdivided as

It is the polymerization in which, condensation takes place between monomer molecules by eliminating simple molecules such as CO2, ethanol, and H2O, etc.

The reaction proceeds in a stepwise monomer. Hence, it is also called step polymerization.

Nylon 66 are formed by typical condensation bifunctional monomer with the elimination of water.

The compound which gives free radicals on decomposition or heating is used as an initiator for this reaction.

The carbon-free radical formed attacks another ethylene group and the chain continues.

There are the following possibilities.

a) The radical centers of two growing chains may unite.

b) The growing chain may react with the initiator free radical.

You can also read the blog on Coordination Chemistry

The low molecular weight organic liquid which is added to certain polymers to improve flow properties and reduce brittleness are known as plasticizers.

The addition of a plasticizer brings out the best characteristic of a synthetic resin, and it is transformed into workable plastic.

E.g. (i) Tricrysylphosphate is the most suitable plasticizer for the polymerization of polyvinyl chloride.

(ii) Dimethyl phthalate is used as a plasticizer for cellulose acetate.

Stabilizers are compounds that are added to polymers to improve their thermal stability during processing.

E.g. Stabilizers are added to vinyl chloride and vinylidene chloride polymers because they have a tendency to undergo decomposition and decolorization at moulding temperature.

Plastics such as phenolics and amino resins are converted into highly serviceable products by combining them with some substances called fillers.

The inert materials which are added to the polymer in order to increase its strength are called fillers.

These fillers are added to increase mechanical strength.

Fillers are added either to give the plastic better hardeners, tensile strength, or opacity and not impart special characteristics to the product.

Plastics are tough substances of high molecular weight that can be moulded to any shape by the application of heat and pressure.

Plastics are attacked by chemicals.

(a) Thermosetting plastics,   (b) Thermoplastics.

Thermoplastic polymers soften on heating and can be converted into any shape that they can retain on cooling.

The process of heating, reshaping, and cooling can be repeated several times.

Thermoplastic types of polymers are formed by addition reactions only.

There is no chain cross-linking.

These are soluble in many organic solvents.

These types of polymers are formed by addition as well as condensation polymerization.

These polymers are usually hard, strong, and more.

These are insoluble in almost all organic solvents.

Natural resins are usually tree secretions that exposure to the atmosphere and dry into hard, semitransparent masses known as fossils resins or embers.

They have a rigid but irregular three-dimensional structure.

They are used in the demineralization of water.

Epoxy and silicone resins are used as laminating and surface coating materials.

Resins are usually referred to as plastics.

The structure, preparation, and use of the polymer

It is used in making films which are used for packing and wrapping food products, textiles, etc.

It is also used in making polythene bags and plastic pipes.

It is used in making squeeze bottles and containers.

It is also used in coated wires and cables etc.

It is used in the manufacture of sheets, pipes, films, and wool-like Fibers.

It is used in making pipes, storage tanks, and films for packing and seat covers.

1. It is used in the manufacture of raincoats, handbags, footwear, and toys.

2. It is used in artificial flooring.

3. It is used as a good insulating material in wires and other electrical goods.

It is used as a material resistant to heat and chemical attacks.

It is used for coating articles and cookware to make them non-sticky as non-stick utensils.

It is used for making gaskets, pump packing, valves, seals, and nonlubricated bearings.

It forms fibers called acrilon or orlon which are used – for making blankets, sweaters, bathing suits, and synthetic carpets.

It is mainly used for manufacturing caps for bottles, toilet articles, refrigerators parts, small radio cabinets, and many other household items.

It is polyester, which is used as synthetic fiber.

It is converted into textile fibers such as terry wool.

It is also used in making films, magnetic, and recording tapes.

Nylons:-Nylons are polyamides containing amide linkages in the chain.

It is obtained by condensation polymerization of adipic acid and hexamethylenediamine.

It is used as a plastic as well as fiber.

It is also used for tyre cords, ropes, and manufacturing articles like brushes and bristles.

Preparation:-It is obtained by polymerization of e-caprolactam in presence of water or a catalyst to give Nylon-6.

It is used as a synthetic fiber.

Uses of Nylons in common

Nylon bristles are used in toothbrushes and shaving brushes.

Resins and their solution is used for the lamination of paper, wood, and fabric.

Formaldehyde resins are employed as adhesives in many types of plywood.

They are also used in surface coating.

Biodegradable polymers are polymers, which can be degraded by microorganisms like bacteria or fungi, which are naturally present in the environment. These polymers are broken into smaller parts by a reaction catalyzed by an enzyme produced by the microorganism.

For example:- (i) Polyhydroxyalkanoates (PHAS):- It is a naturally occurring polymer produced by bacteria in the fermentation of biomass under certain conditions. Then it is extracted from the bacterial cell.

What are polymers examples?

What are the 3 types of polymers?

There are 3 types of polymers. Natural, Synthetic, and Semisynthetic.

Polymer definition – What is a polymer?