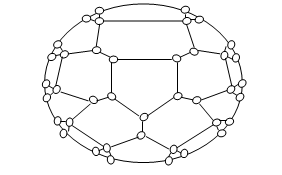 Electrical Conductors such as metals contain a large number of free electrons which can move throughout the crystal lattice. A directional flow of these electrons constitutes an electric current. In Normal conditions, these moving electrons continuously suffer collisions with intervening atoms and the crystal lattice, due to which their motion is opposed. This opposition to the flow of electrons is called the resistance of the material of the conductor which is characteristic of materials. Due to these collisions, the flowing electrons continuously lose energy which has to be supplied by a source of emf in order to maintain the current. So the applied voltage must be maintained without a break in order to keep the current going.

However, in superconductivity, the conducting electrons move through the crystal lattice without losing energy as a result of cooper pairs. Consequently, a current once started in a superconductor will keep on flowing even without a voltage source as there is no way for the electrons to lose their energy.

A material will display superconductivity only below critical temperature or Transition Temperature.  At transition temperature or below, the crystal lattice has little thermal motion and the electrons move through the crystal lattice without losing energy as a result of cooper pair formation. Therefore, a current once started in superconductivity, keeps circulating forever, without the need for an external source of emf.

Niobium alloys are brittle and cannot be fabricated in the form of wires. So far V3Ga and Nb3Al have been manufactured to use as a coil. However, preparations of conventional superconductors are difficult and their mechanical properties are poor.

At present two classes of organic superconductors are known.

1) Alloys of Nb3Sn and Nb3Ge are used to make the wires for extremely powerful electromagnets which are used as,

a. In linear accelerators, they are used as atom smashers for high-energy particles.

b. They are used in nuclear fusion research to make powerful magnetic fields that act as magnetic bottles for plasma.

c. They are used in chemical laboratories for nuclear magnetic resonance machines.

a. Low loss transmission of DC through resistance-less cables from the electricity power station.

b. In computers if superconductors are used then heat problems would be reduced.

c. In Japan a prototype of a train has been built up which floats on a magnetic field based on a superconducting phenomenon.

1. What are examples of superconductors?

Niobium, magnesium diboride, cuprates such as yttrium barium copper oxide, and iron pnictides. These materials only become superconducting at temperatures below a certain value, known as the critical temperature. Some organic superconductors include fullerenes and carbon nanotubes.

2. What are superconductors used for?

Kindly refer to the applications part in the above article.