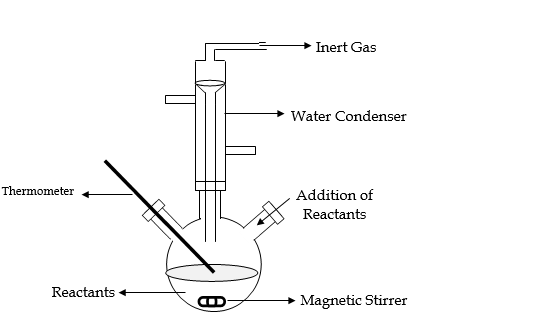 What are nanoparticles or Nanomaterials?

A nanotube is a nanoscale material that has a tube-like structure. Carbon nanotubes are nothing but composed of carbon atoms linked together in hexagonal shapes, with each carbon atom covalently bonded to three others having diameters as small as 1 nm and lengths up to several centimeters.

Nanotubes are of two types,

Carbon nanotubes are two-dimensional nanomaterials. They are either single-walled or multi-walled. They are a few nm in diameter and several mm – cm in length. Carbon nanotubes are mechanically very strong, flexible, and can conduct electricity. It is used in reinforced composites, sensors, nanoelectronics, etc.

Inorganic nanotubes like molybdenum disulfide were discovered after carbon nanotubes. These materials have excellent lubricating properties, resistance towards shock, catalytic reactivity, and high capacity for hydrogen and lithium storage. Nanotubes of TiO2 are being worked out in catalysis and energy storage.

Nanowires are two-dimensional nanomaterials. They are formed by self-assembly. Semiconductor nanowires made up of silicon, gallium nitride and indium phosphides have remarkable optical, electronic, and magnetic properties. Hence they have wide applications in electronic, optoelectronic devices, high-density data storage, etc. A nanowire transistor is recently designed for sensitive probing of the interior of cells.

Describe the optical properties of nanomaterials:

a) The optical spectra of single atoms show sharp absorption lines while bulk metals usually show wide absorption bands. When more and more atoms join together, lines split and bands develop. While when a large particle is made smaller, bands open and band gaps grow wider. The emission wavelength of small nanocrystals depends on their size.

c) UV or IR electromagnetic waves can penetrate metal particles up to the depth of ~50 nm. The surface plasmons contribute more to the photoelectric effect, in nanoparticles than in bulk material. When the frequency of incident radiation is the same as that of plasmon frequency, then resonance occurs and it is called surface plasmon resonance (SPR). The corresponding bands are called SPR bands.

d) SPR depends on particle size, shape, particle-particle interactions, and refractive index of the medium. In the case of bulk materials, these bands are propagative and in the case of nanoparticles, they are localized. Thus the color of the nanoparticles of Mg, Au, Ag, etc, are explained on the basis of SPR which is observed invisible.

e) In the case of semiconductor nanoparticles, valence and conduction bands are separated by a gap. This gap is different for different materials. The electromagnetic radiations, incident on the materials should be large enough to excite an electron from the valence band to the conduction band. With the decrease in particle size, the energy gap increases, more energy is required for the excitation of electrons, and radiations of shorter wavelength have to be absorbed.

Semiconductor nanoparticles doped or undoped, show enhanced luminescence compared to their bulk counterparts. In nanomaterials, the energy gap can be tuned with the particle size. Hence, their luminescence can also be tuned to the desired wavelength.

Describe the Electrical properties of nanomaterials.

i) Mechanical properties of materials are explained in terms of toughness, hardness, plastic deformation, stiffness, and ductility of the material.

iii) Most of the metals are made up of small crystalline grains. When the material is stressed, boundaries between the grains decrease and do not allow defects to increase e.g., nanocrystalline nickel is as strong as hardened steel.

iv) Hardness is an important mechanical property of solid material. It is a measure of the ability of a material to resist local, plastic deformation. Various scales are used to measure hardness. The most commonly used scale is the Vicker Hardness scale (VHN) in which a small diamond is used as an indentor to scratch the material. The resulting impression or scratch is studied further with the help of a microscope.

vi) In Metallic nanocrystalline materials, the elastic moduli get reduced dramatically. Ceramic materials are usually compacted and sintered using powder material. This helps in increasing their hardness. When nanoparticles of TiO2 are produced in powder form, less temperature is required to densify and acquire the hardness comparable to polycrystalline material.

Explain the preparation of nanoparticles by the colloidal route method.

Example (1) : Silver nanoparticles can be obtained by reducing silver nitrate with ethylene glycol (EG) in presence of polyvinyl pyrrolidone (PVP). To control the growth rate of various faces of the silver crystal, PVP is used which acts as a capping agent.

Gold nanoparticles are synthesized by reducing HAuCl4 (chloroauric acid) with Na3C6H5O7 ( trisodium citrate). The growth of the Au-nanoparticles is stabilized by the formation of a double-layer by oppositely charged citrate ions. Gold particles can also be stabilized by using thiol or other capping molecules. Gold nanoparticles exhibit colors like red, magenta depending upon the particle size.

Synthesis of colloidal particles is usually carried out in a glass reactor of a suitable size. It has two openings at the sides, one to introduce reactants like precursors, gases and the second to measure temperature, pH, etc. during the reaction. Reactions are carried out in an inert atmosphere to avoid oxidation of colloidal particles, Reaction mixture can be stirred with the help of Teflon coated magnetic stirrer.

Preparation of nanoparticles by Sol-gel method

Explain the preparation of nanoparticles by the Sol-gel method

Sol-gel is a wet-chemical technique to prepare nanomaterials and is also known as the chemical solution deposition method. This method is mainly used in material science and in ceramic engineering.

By drying the liquid of gel, it is possible to obtain nanomaterials in the form of powder, thin film etc. Nanorods, nanotubes, nano-particles can be prepared by this technique.

Synthesis of gel nanoparticles is done by carrying out the process of hydrolysis, condensation, and polycondensation of metal oxides, alkoxides, or metal chlorides. These starting materials are called precursors.

To get the desired structure, liquid filled in the pores of gel is removed. The technique used to remove excess liquid decides the texture or distribution of pores in the gel. The final structure of the product depends upon the phase separation process used for the removal of excess liquid. The liquid from the gel is extracted in such a way that network of particles is not destroyed. The methods used are (1) the Supercritical extraction method, and (2) the Subcritical drying method.

The size of electronic items is tremendously reduced because of nanomaterials and their special properties like single effect and quantum effect.

3. In the automobiles industry:

4. In sports and toys

Good quality sports equipment using nanomaterials is being used. Tennis balls using nano clay are able to fill pores effectively so that they can sustain air pressure inside the ball. This increases the life of the ball.

5. In cosmetics, sunscreens and textiles

7. In biotechnology and medical field:

8. In defense and space

Nanoscience can be defined as the study phenomena and manipulation of materials at atomic, molecular, and macromolecular scales where properties differ significantly from those at a large scale.

Nanoscience can be defined as the design, characterization, production, and application of structure and devices by controlling shape and size at the nanometer scale.

3. Give advantages of Chemical Methods of preparation of Nanomaterials.